The title for my novel, QL 4, comes from the national highway the American soldiers travel down in the first chapter to reach their new unit in the Mekong Delta, the highway they will patrol for the next year, and the highway that exposes them to danger and grief and corruption (somewhat like the river in “The Heart of Darkness”). QL 4 runs through the book and connects all the dots: the towns and ferries, the bars and the whorehouses, the military bases and the Catholic Convent and Orphanage. The story opens with this description:

QL 4 was a highway in South Vietnam. In 1969, anyone going south from Saigon into the Mekong Delta would follow this national route, traversing an expanse of green rice paddies, passing through busy towns and quiet villages, and crossing wide fingers of the Mekong River by ferry. Squat red-and-white concrete posts marked the highway as “QL 4.” These concrete markers—old and battered and faded—mimicked those on the country roads of France.

“QL 4 was a highway…” echoes the opening sentence in Out of Africa by Isak Dinesen:  “I had a farm in Africa …,” which I found to be a beautiful beginning, as well as a central element and lodestar for her memoir.

“QL 4 was …,” but is no more.  It no longer exists on modern maps, just as South Vietnam no longer exists. Just as many who travelled down that road no longer exist, except in the memories of those they left behind.  I know there was a QL 4 in 1969 because I saw the signposts and I have photographs to prove it, like the one from which the book’s cover is taken; my letters home and voice tapes often referred to QL 4, and what happened along it. But this road is now National Highway 1 of the Socialist Republic of Vietnam, part of a system that runs the length of the country from Hanoi to the Mekong Delta. Even the My Thuan ferry crossing, which the American MPs patrolled on the northern prong of the Mekong, no longer exists; the Australians helped construct a bridge spanning that broad stretch of river years ago.

We called the road Quan Loc 4, although I’m not sure anyone else did. To me, QL 4 was a metaphor, more than a road, perhaps like the Mississippi in Huckleberry Finn, which I was rereading about the time I started writing the book.  In my mind I envisioned a “road novel,” sort of like Zen and the Art of Motorcycle Maintenance, or a “picaresque novel” like Don Quixote, a series of connected adventures with roguish and hapless characters. After a number of rewrites, it probably has bits of all of these, with influences from Sartre and Camus.

Why the signposts? Years after the Vietnam War, my wife and I visited France.  We rented a car and drove through the French countryside on the back roads (“N” or “D” roads on the map), eating lunches of French baguettes, wine, and cheese in ancient churchyards and village parks.  I noticed that the roads were marked with concrete posts, red-and-white, with the road number and often the distance in kilometers to the next village. These were the same types of concrete posts I saw on the roads in South Vietnam. The French had left more than this behind from their colonial past: the boulangeries, baguettes, some French words, some French genes—just as the Americans left behind Amer-Asian children who survived as outcasts after the war. These French influences are reflected in QL 4, among them the Boulangerie and a beautiful prostitute the GIs called Sandy.

As evidenced by the signposts, we followed in the footsteps of the French, and we Americans like the French passed that way only briefly, leaving much the same detritus behind. We certainly influenced the culture, but I doubt we really changed it, nor should we have. The Vietnamese and their culture endure, despite our influences and despite whatever government is in power, as they have for thousands of years. But one thing I never expected when I was there— and that I marvel at now—is that large numbers of Vietnamese refugees followed us back to “The World,” and they, too, are Americans now.

Despite the grief and loss that the refugees experienced, along with the challenges of assimilation, I believe that we Americans have benefited in the end.  One of my physicians is a bright, young Vietnamese woman.  My wife and I shop at a Vietnamese market for affordable lobster and Dungeness crabs.  And one of the earliest Vietnamese restaurants in Houston, Texas, was Kim Son, the first of several restaurants started by the La family in early 1980 after they fled communist Vietnam.  http://www.kimson.com/about-us

In 1970, there was a Kim Son restaurant in downtown Vinh Long, South Vietnam, that we Americans frequented because of its reputation for good Asian fare.  It’s the same Kim Son that the La family relocated to downtown Houston in the 1980’s.  I’ve dined at both under somewhat different circumstances, and I love the irony.  QL 4 now runs through Houston, Texas. 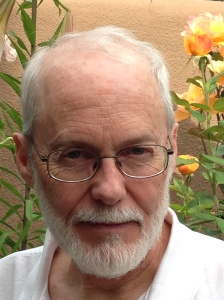 Jim Garrison is a recovering lawyer who lives and writes in Houston, Texas. Born in Statesville, North Carolina, he attended the University of North Carolina, where he nurtured his interest in creative writing, and Duke University Law School. After his first year in law school, he took a long sabbatical at Uncle Sam’s expense to tour the Mekong Delta, along with a couple of side jaunts to Tokyo and Sydney, whetting his appetite to visit exotic places. He arrived home from Vietnam on Christmas morning in 1970 and returned to Duke Law School the next month. After graduation and marriage to his best friend (providing them the occasion for travel to South America), he set out on a first career practicing law in a boutique law firm and then with big oil corp., visiting such exotic places as Al Khobar, Saudi Arabia, and Port Arthur, Texas. Following a corporate merger in which he was paid to go away, he decided to stay home for the kids, one living in Berlin, Germany, the other in Delaware—just in case they called. And they did call. That’s when he started writing QL 4, which he’d been mulling over for years.

His wife and still best friend, June, is a clarinetist who really would have preferred he not stay home for the kids. Aside from literature and writing, Jim’s interests include travel, exercise, and good food, preferably with candlelight and a nice, reasonably priced wine.