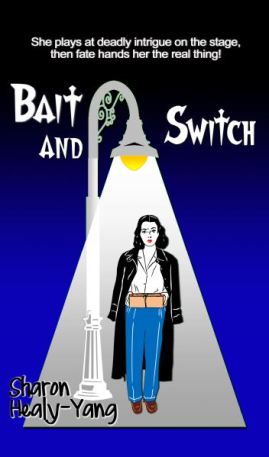 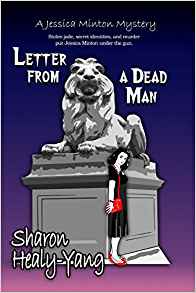 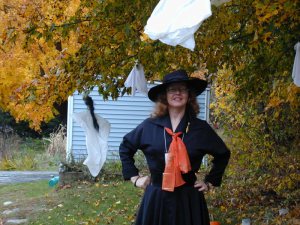 I interviewed Sharon Yang, author of Bait and Switch (released December 15, 2015) and Letter From a Dead Man (released December 6, 3017.) Are you as excited as I am to hear about what’s happened to Jessica Minton and her friends? Order a copy of her new book here: https://www.amazon.com/Letter-Dead-Jessica-Minton-Mystery-ebook/dp/B07664TYT1/ref=sr_1_1?s=books&ie=UTF8&qid=1507496492&sr=1-1&keywords=letter+from+a+dead+man

And while you’re waiting for it to arrive at your doorstep, you can learn more about the author and her books right here.

One interesting difference was that I automatically planned to develop the cover myself with my husband. There had been a holdup on the release of Bait and Switch due to the publisher’s artist not coming through with good material. So when I decided to take the bull by the horns and ask Sheri if I could come up with my own cover, she gave me an enthusiastic green light. The first cover was actually almost exactly what I’d always pictured as the cover. So, as I was editing Dead Man, I was tossing around ideas with my husband for the cover. I’d originally had a different idea, but it didn’t quite seem to fit the style that we’d started with Bait and Switch. Then, re-reading and revising Dead Man, I came across a scene that I thought perfectly captured the spirit of the book and evoked one of the most suspenseful scenes: Jessica hiding from killers behind one of the lions at the New York Public Library. We tested a few poses, in sketches and by having me stand next to one of the actual lions in NYC, before settling on our final choice. So, I learned from my first experience to just go right for my own creation for a cover.

The answer to this question is a funny story. My discovering Touchpoint was part serendipity and part luck. I had studied the Writer’s Guides to Publishing and Agents and made up detailed lists of who my best bets would be for my kind of fiction. I came across the Red Writinghood Ink Agency. The book made them seem perfect for a new writer with my ‘40s mystery style, but their website said that they weren’t accepting new writers now. I was disappointed, but decided, “What the heck, I’ll still give them a try, just in case.” So, I sent my query to the agent listed in Writer’s Guide to Agents as my best bet as a contact, Sheri Williams. Well, lo and behold, Sheri had left to start her own publishing company, Touchpoint. She loved Bait and Switch and wanted the whole manuscript. The rest is history! So, my take away is be persistent, take chances; you never know where opportunities will flare up. Hard work and luck pay off!

Right now, writing is clearly a second job. I pay the bills by teaching as a tenured Professor in English at Worcester State University. It’s highly unusual for writers to make enough to support themselves in a comfortable life. So, since my teaching is such a demanding job, I basically only write in the summer, when I’m not teaching. This setup gives me a nice balance. During the school year, I throw myself whole-heartedly into teaching, so I’m exhausted when summer rolls around. Writing, either fiction or my scholarly work, is a nice change of pace for my mind. I exercise my intellectual and creative muscles differently. Then, by the end of summer, I’m so exhausted with writing that I’m ready to switch gears and go back into teaching. Maybe that’s why autumn always seems like the beginning rather than the end of the year to me.

I definitely can’t write during the school year. I don’t have the concentration or the time. Summer break is the best because I have longer stretches of time without interruptions. On a nice day, I sit on the front porch, with a great view of the hills and the trees, and work away. I do like to have a cup of tea with me. I’m too stirred up with my writing to have coffee. My first draft has to be written with pen on paper. Typing slows me down; the words don’t flow. Later, I type the written draft up, editing as I go. Later drafts are done on the computer. Editing is easier for me with a computer.

The emotions I want to draw? Well, definitely suspense and surprise. I love to drop hints and see if they pick up on them. I like to try to bend the generic rules. I love to play with in-jokes. So, I want the readers to be in suspense but have fun. I also want them to care about the characters, to share their feelings of love, doubt, and humor.

I definitely have more adventures planned for Jessica, James, Liz, and Dusty. I actually have a third novel completed called “Always Play the Dark Horse.” This mystery needs more editing, but it’s in good shape. “Dark Horse” takes Jessica and James to a college campus on the beautiful Connecticut coast, where they run into her old college sweetheart, a mysterious veteran who literally rides a dark horse, and the strange disappearance of an art professor – who later turns up to wreak havoc on everyone’s lives. Dusty continues to preside over affairs while honing her mouse-catching skills, and Rose Nyquist from Dead Man reappears as another professor who helps Jessica and James unravel some fatal mysteries.

In addition, I have detailed outlines for a fourth novel in the series, which I’ll probably call “Shadows of a Dark Past.” Here, Jessica and Elizabeth travel to an eerie, isolated manse on the Maine coast where Jessica joins the rest of her radio program comrades to perform several remote broadcasts revolving around the unsolved murder of a beautiful woman at the manse nearly twenty years ago. Of course, Jessica bears a striking resemblance to the woman – something of interest to the woman’s husband, who still lives nearby with their daughter. When Jessica finds herself sleepwalking to the room where the woman was murdered, Liz calls on James to get up to Maine and help her figure out what’s going on with Jess before her unconscious peregrinations end tragically.

I have ideas for at least three other novels in the series, but they are in a less detailed state. I also have ideas for a mystery set outside the Jessica series, as well as a supernatural tale. Either of them might lead to a sequel.

You know, I have to say I only write what I like: mysteries, supernatural tales, and scholarly writing in subjects I love. Writing is far too demanding for me to invest that much of myself in something that does not fully capture my heart.

I have a posse of friends who get first crack at what I write. Partly, they just enjoy reading my mysteries, but they also give me great feedback on what works and what doesn’t work. They are honest but tactful. The friend with whom I work the most is Ruth Haber. She usually gets the very first crack. She is an avid reader of mysteries and another English prof, so she knows what is good writing and fits in the genre and what doesn’t. She’s also good at encouraging me to bend the rules of genre to create something original and exciting.

I think trying to figure out what to cut to make your novel read smoothly and keep the suspense going. You don’t want to undermine the development of characters or toss away some evocative descriptions, but you also don’t want to bog down your readers. Striking the balance between keeping up a good pace and giving your readers some prose they will savor is tough.

With Dead Man, there was a part I wish I could have kept, but it would have slowed down the building of suspense. That was a flashback to a scene where James proposes to Jessica. I have considered including it on my website as a little treat. I also had to cut a dramatic scene from Bait and Switch where Jessica almost ends up shoved down an elevator shaft. It worked really well, but it would have dragged out the novel too long. However, I’ve been figuring how I can adapt that vignette to a later novel in the series.

I don’t really find male characters hard to write. I just think about who this person is and go from there. That usually seems to work. I tend not to enclose people in gender roles, although who that character is might do the enclosing for me.

Writing definitely does both. It’s thrilling to have ideas and to play them out in my mind, then translate them into words to provoke my intended vision in readers. However, I usually kind of collapse after a bout of putting ideas and images down on paper. Writing is hard – but exhilarating – work!

I don’t know if I can compare the amount of time I put into editing vs. research. Sometimes one leads into the other. For example, when I was editing various drafts, I realized that I’d written some information that might not be true. As a result, I had to go back and double-check to correct the manuscript. So, yes, it was the AF of L in 1945, not the AFL-CIO and there was no racing at Saratoga the summer of 1944.

In addition, we definitely do “pilgrimages” to check out setting. We went to the NYPL to take photos of the lions so we could see how to set up the cover – and I adjusted my description of two scenes to depict more accurately what the area outside the library looks like. Another time, I wanted to see how a scene I intended to write would play out. We went down the subway by Bryant Park, then I raced up the stairs, down the street, and over to hide behind one of the lions. Nobody even noticed. That’s one of the sneak peeks I have on my website.

As a mystery writer, I would say joining Sister in Crime and Sisters in Crime-New England. These two organizations have provided me with guidance on publishing and promotion. They have helped me to get the word out on my books and sell them through putting me on speakers panels for various libraries, organizations, and book fairs. Even better. They’ve introduced me to other writers who are not only wonderful mentors but good friends. Plus, I get to widen my library of great mystery writing through these connections!

When you use the word “literary” to me, there’s an implication we’re discussing the quality of writing rather than “fame and fortune.” I want to create writing that evokes imagery and feeling. I want to inspire readers to interact with my characters as if they were real people. I love to challenge them to figure out “whodunit.” I also want them to have fun getting the in-jokes that connect to high and pop culture. I want to sell enough books to be able to keep writing, but I don’t expect to be making enough to retire on. Of course, I wouldn’t mind if I suddenly was rolling in greenbacks from the profits – as long as I could keep control of my writing and not be forced to cookie-cutter it to what is perceived as popular taste.

I hope you enjoyed getting to know Sharon Yang a little better. You can follow her on her website, https://sharonhealyyang.com/, and keep checking out our website for more information about her appearances and future works.