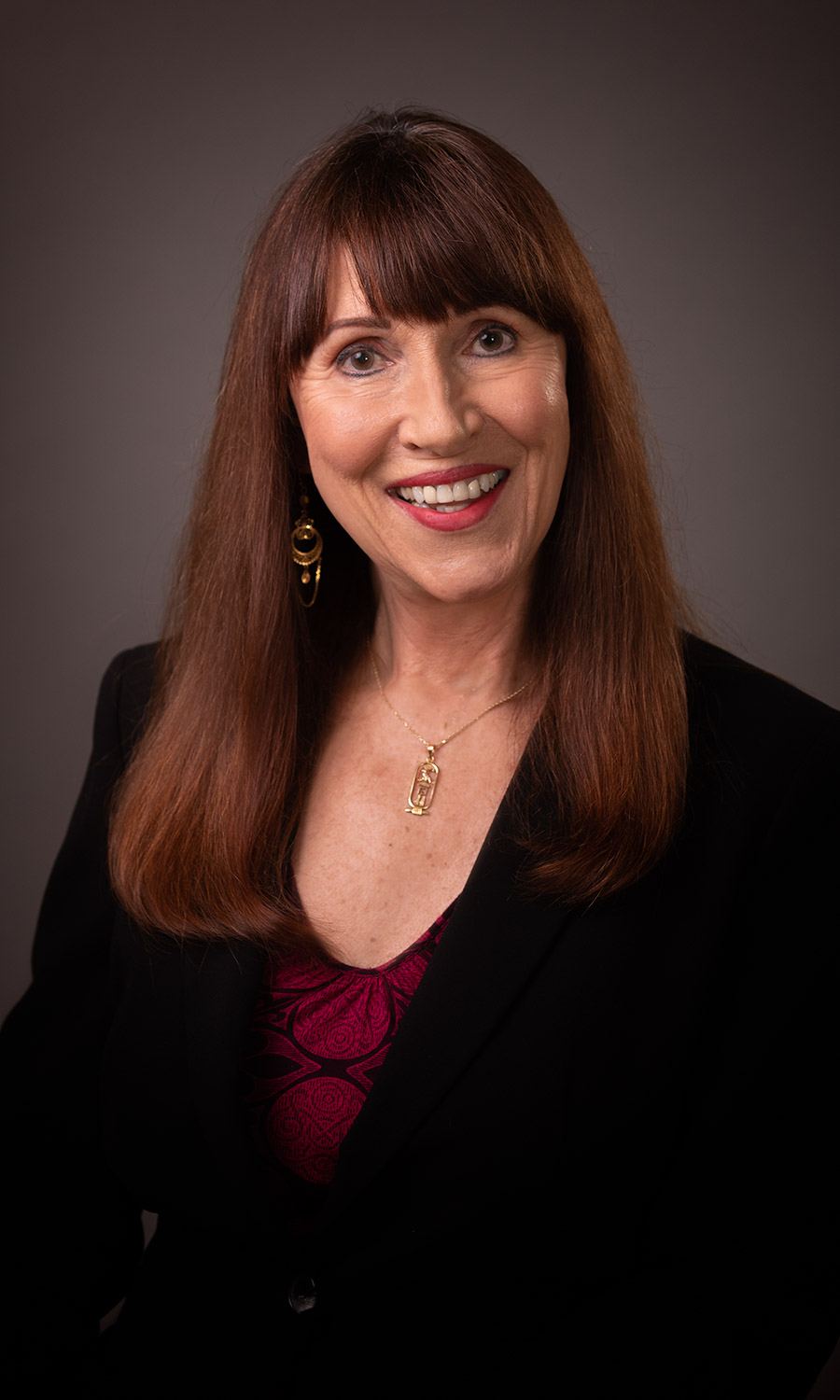 Cathy L. Patrenos grew up in Phoenix, Arizona where she pursued a career in nursing. After completing her nursing boards, she embarked on a thirty day expedition in Africa, which turned into a year. Having been sufficiently bitten by the wanderlust bug, she soon decided that she needed to travel overland, through Europe to Istanbul and across the Middle East to India, what was then known as the “Hippie Trail,” a route that soon thereafter closed to travelers at the start of the Iranian revolution and the Soviet invasion of Afghanistan.
Upon returning from her travels, Cathy’s nursing career took her to California, specializing in critical care nursing. Desiring a career change after years of nursing, Cathy completed law school and became a medical malpractice defense attorney in Los Angeles, specializing in the representation of physicians and other health care providers.
Although Cathy changed her profession from nursing, she remained a captain in the Air Force Reserves Nurse Corps. She is a war veteran having served as a tactical flight nurse in the Persian Gulf during Operation Desert Storm. Upon returning to Los Angeles after the war, she continued her work as a lawyer, and over the years she discovered a passion for writing, other than legal briefs, that is. She found that turning her experiences into fictional stories was gratifying and enjoyable.
Moving with her husband, also an attorney, from Los Angeles to lovely Amador County wine country in Northern California, together they opened a wine tour company, which Cathy operated for several years. She now devotes most of her spare time to research and writing, which she says keeps her out of trouble. The concept of her novel, The Comfort Bearer was planted in her mind after seeing a television news story about a lawsuit brought by Japanese citizens over a monument acknowledging comfort women that was placed in a park in Glendale, Los Angeles County, where Cathy had worked as a lawyer for many years. They wanted the monument removed. Having never heard of comfort women, Cathy began extensive research of the subject discovering that somewhere in the area of 200,000 girls and women were taken from the occupied areas of Asia over the course of the war, many by coercion and trickery. She knew she had to write a story about it.
Being an army brat, Cathy grew up with a fascination for Japan because she was born there after her father fought in the Korean War. Utilizing her knowledge gleaned during her extensive travels to a vast number of remote localities, Cathy also is working on a novel that takes place in the Middle East as well as a story detailing the year she spent travelling through the African continent in the 70s. Her heart, being in Africa, she has returned many times and in fact her husband proposed at the Mount Kenya Safari Club. They live in Sutter Creek, a California Gold Rush town in the foothills of the beautiful Sierra Mountains.