Originating from St. Louis County, Missouri, it wasn’t until my senior year in high school at Maplewood-Richmond Heights Senior High that I discovered more than a casual interest in reading chiefly because of my college-prep English class and frequent trips to the local bookstore – West Bank Books. It was that class with Lonnie Aycock and all the wonderful books he had us read and critique in class discussions and what he called written “critical comments” that lit the flame for me. I headed south with the Missouri Pacific Railroad, long since absorbed by Union Pacific, the day after graduating to put together some money for college and packed some paperbacks and my cheap guitar to keep me company since I was now venturing out into the world on my own.  The three months in Texas and Louisiana during that long, hot southern summer would yield valuable life lessons along with the hard-earned money. And, many years later, that summer would be the inspiration for my debut novel, Southern Passage.

At summer’s conclusion, I attended Central Missouri State College in Warrensburg, and after remaining there a while, enrolled at the University of Missouri-St. Louis. With a major in Sociology and several hours in Anthropology and Psychology, I graduated in 1971 with a Bachelor of Arts Degree. My interest in creative writing was nurtured during my college years; some of my poetry, along with a one act play, appeared in the school literary publication at Warrensburg.

I was appointed as an officer with the Missouri Board of Probation and Parole in 1972 in St. Louis and worked my way up through the ranks, serving as supervisor in various locations and then administrator in 1996. Eventually, I relocated with the Board to Pike County, Missouri where I opened parole operations at the new men’s prison in Bowling Green. After a thirty-three and a half year career I retired in 2006, and with the free time it has afforded, I completed my first novel, Southern Passage. As is true with many first-novelists, I took what I knew for the endeavor and wrote about it, falling back on my love of all-things-railroading and childhood memories of train trips with my dad and brothers for inspiration. Often times I spend hours at the keyboard, crafting stories in the realm of science fiction, and now I’m writing about what I wish I knew more about! Thanks to the educational guidance of a senior level physics student and an astrophysics doctoral candidate at UMSL who cheerfully donated their valuable time, my second novel is slowly taking shape. I find myself trying to imagine the unimaginable and trying to artfully and realistically fuse facts with fiction in the current multiverse storyline. Who knows. maybe the handful of alternate, overlapping, competing and conflicting universes in my scheme of things will actually eventually reveal themselves in a finished product – I like to think that they indeed will! As one cable provider says when the high def channel you want isn’t available for coverage of the ball game, “Check Back Often!”

My interest in playing guitar took off as a high school junior and has continued to this day. I’ve written several songs over the years and my brother Rich and I periodically drag out our Martins and entertain ourselves while working our way through the beers and the words and chords on fading sheets of my music and his.

I still reside in northeast Missouri on some land with my wife Nancy, a retired deputy prison warden, expert cook, and avid gardener and enjoy the visits with our son John and daughter-in-law Katherine. Nancy and I love feeding the neighborhood birds and love traveling the country, Like other baby boomers, we try to make a point of “snow birding” somewhere along the Gulf Coast.

In his rite of passage in the summer of 1966, naïve, white eighteen-year-old Buster Gaines from St. Louis discovers the thrills found in being free to make his own decisions when he leaves home with the railroad to earn money for college, but he soon innocently discovers the dark side of southern reality and his life takes a surreal turn when he gets caught up in the unforgiving, punishing code of the Jim Crow South. 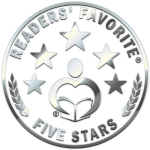 Southern Passage by Jim Yonker is set in the 1960s and opens with 18-year-old Buster, who has just graduated from a high school in St. Louis, seeking employment during the summer months as he needs the income to subsidise his college tuition, which starts in the fall. Thanks to his father, who works at the Pullman Railroad Company, he quickly finds employment at the Missouri Pacific Railroad in Texarkana. Although the location of the job means that Buster will have to move out of his family home in the North and move South for a short while, he is undeterred. He waves good-bye to his mother on the doorstep of their home, but as his family wants peace of mind in knowing where he will be living in Texarkana, his father assists him in finding cheap accommodation before saying his farewell. It isn’t long before Jim Yonker has Buster exploring his new surroundings and newfound freedom; and enjoying the flexibility regarding his house rules, choice of meals or places to eat or visit, and the friends or girls he chooses to be acquainted with. However, as the story unfolds you will soon discover that Buster’s ‘Southern Passage’ will be no fairy-tale.

I love the concept of Jim Yonker’s gritty and true-to-life tale, Southern Passage, which could well have happened. I believe the premise will be of great interest to college students who are researching one of the following areas: the history of the railroads, the divide between the North and South and/or the racial prejudices and appalling acts of racism by white people towards black people during the ’60s era. I also believe Southern Passage will appeal to avid readers who are 18+ and love first rate historical fiction books. There are sexual encounters as a backdrop to the story and violence and strong language interwoven throughout. I wish Jim Yonker every success with this story!