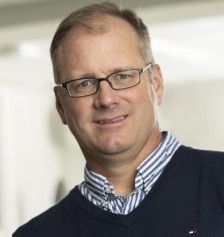 Richard Fellinger is an award-winning author, former journalist, and college writing instructor. He’s author of the novel Made To Break Your Heart (Open Books, 2017) and the story collection They Hover Over Us (Snake Nation Press, 2012), which won the 2011 Serena McDonald Kennedy Fiction Award. He also won first prize in the 2018 Novel Excerpt Contest at Seven Hills Literary Review for Summer of ’85, as well as the 2008 Flash Fiction Contest at Red Cedar Review. His short fiction has been nominated for the Pushcart Prize and appeared in journals such as Epiphany, Potomac Review, Willow Review, Westview, Forge and PANK. He has a Bachelor’s Degree from the University of Pittsburgh and an MFA in Creative Writing from Wilkes University, where he won the 2009 Beverly Hiscox Scholarship for Excellence in Writing. He teaches writing at Elizabethtown College, where he also oversees The Writing Wing. As a journalist, he worked for fifteen years for several newspapers in Pennsylvania, beginning at the South Philadelphia Review and Philadelphia Weekly and then working as the state Capitol reporter for a group of papers in Central Pennsylvania. His non-fiction has also appeared in Philadelphia magazine and the anthology Ink from Hippocampus Books. A native of Altoona, Pa., he now lives with his wife and son in Harrisburg, Pa.