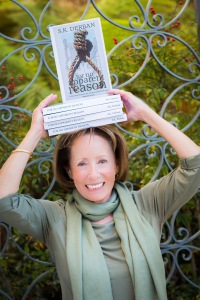 Born in Philadelphia, Pennsylvania, S.K. Derban moved to London within the first three months of life, and remained in England until the age of five. Her father, an American citizen, was a decorated veteran of the second world war.  S.K. Derban’s mother, born and raised in the United Kingdom, was involved with the London Royal Ballet Company, and a great fan of the arts. Even after returning to the United States, Derban’s life was filled with a love of the theatre and a passion for British murder mysteries.

Throughout her first years of college, the creative arts dominated Derban’s life.  She was involved with dance, theatre and creative writing.  Most of her short stories received high marks, along with encouragement to submit them for publication. However, S.K. Derban’s writing was placed on hold as her career shifted toward one of business.

Licensed as a Broker, Derban owned and operated a Real Estate Franchise in the popular San Diego tourist community of Pacific Beach. During that time, she hired and educated a staff of more than fifty sales associates. The strength of her marketing talents, combined with her ability to motivate, increased the total sales volume by more than three hundred percent.

While in real estate, she served as Chief Financial Officer, and President of two separate Boards.  Then, after selling the real estate company, S.K. Derban was recruited as the Executive Director for a La Jolla law firm specializing in real estate and tax law.

S.K. Derban has always remained passionate about writing, and is thrilled to finally share her work with others.  After thirty-three years of marriage, Derban definitely has learned to understand the nature of men. Readers of her Mystery Romance novels will delight in her ability to create memorable male characters. Her personal travel and missionary adventures also help to transport readers virtually across the globe. During the past twenty-five years,

S.K. Derban has traveled to Hong Kong on five separate occasions in order to smuggle Bibles into China. She has been to Israel on seven missionary trips, to Bangkok, Greece, Egypt, and the Caribbean. S.K. Derban has spent weeks at a time in Mexico, where her knowledge of the Spanish language is always beneficial.  Derban also enjoys spending time closer to home, and is especially drawn to the inspiring beauty of our National Parks.

When writing, S.K. Derban relies on all aspects of her life, from her faith in the Lord, to her love and knowledge of the arts, and her unique combination of professional experience.  Her many personal adventures are readily apparent as they shine through into her characters. 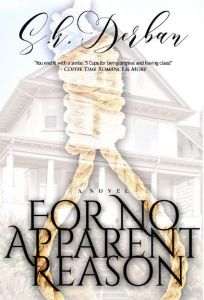 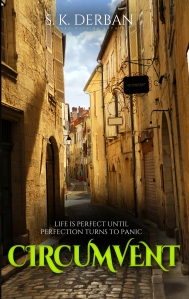