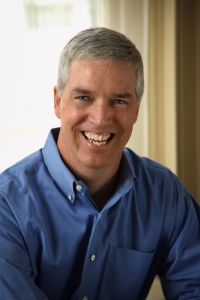 Peter Hogenkamp grew up in Clinton, New York, in the foothills of the Adirondak Mountains. He attended Notre Dame High School in Utica, New York, lettering in varsity soccer and varsity golf. He attended the College of the Holy Cross, where he studied chemistry and pre-medicine, graduating in 1986, thirty-six years after his father, Bill Hogenkamp.

Deferring medical school for three years, Peter taught chemistry and coached basketball at the Salzburg International Preparatory School (now American International School-Salzburg.) His extensive travel across Europe provided the settings for two of his future novels. He entered Upstate Medical University in Syracuse, NY in 1989, where he met his wife, Lisa (Sayles) Hogenkamp. He graduated in 1993, starting residency at St. Joseph’s Health, also in Syracuse, completing his specialty training in Family Medicine in 1996.

Peter and Lisa welcomed Daniel and Thomas into the world during their years in Syracuse. Upon completion of their training, they moved to Rutland, Vermont to begin their careers in family medicine. They opened their private medical practice a couple years later, and added daughters Abigail and Maria to their family.

When he turned forty, Peter started penciling some stories into a notebook, beginning the fulfillment of his lifetime goal to be an author. That notebook ended up in the filter of his sister-in-law’s pool, but he wasn’t deterred, finishing the first draft of a novel several years later, which he titled The Lazarus Manuscript. Absolution, intended to be the first book in The Jesuit thriller series, followed. The Intern, which will be published by TouchPoint Press in 2019, is his third book.

Peter can often be found hiking and skiing in the Green Mountains of Vermont, playing golf anywhere he can, and reading and doing crossword puzzles. He loves birdwatching and taking bike rides with his wife. 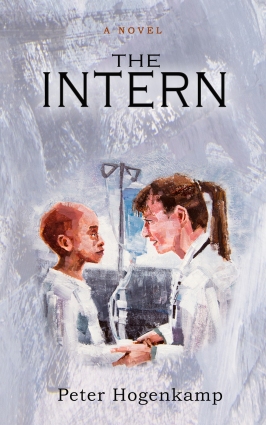 The Intern by Peter Hogenkamp is out now. Get your copy on Amazon!